USB 3.0 ("SuperSpeed"), now becoming a reality, can be up to 10 times faster than USB 2.0 (Hi-Speed), but many early USB 3.0 products are disappointing, not all that much faster than USB 2.0 products, particularly in the case of USB flash drives. Because flash memory writing is relatively slow, higher speeds are only possible with advanced multiple-channel controllers and large RAM buffers, which cheaper products lack. A good choice for high performance is Patriot Supersonic:

See my major update to my Favorite Android Apps!
Posted by John Navas at 1:25 PM No comments:

The Windows 7 UI (user interface) is significantly improved over Windows XP, but both suffer from the ancient PC app-centric paradigm, in which often huge monolithic apps (like Microsoft Office) are launched to do simple tasks, which is slow and painful on even the fastest hardware. Yes, we can leave multiple apps running, but that's confusing to average users, and tends to consume huge amounts of system resources (hurting performance). Attempts to make the PC document-centric haven't really helped. This is a big part of the reason that Google is developing Chrome OS for lightweight cloud-centric PC computing.

Part of the appeal of Google Android and Apple IOS is that they are task-centric, with lightweight tasks (apps) designed to be suspended and restarted quickly and seamlessly. When you're in (say) Gmail in Android, you can touch Home and then (say) Maps to quickly switch to that task, with Gmail suspended in the background consuming relatively few system resources, and if Android needs those resources, it can kill Gmail while saving state information for a fast restart. If you then touch Home and Gmail again, you are right back where you left off in Gmail whether Gmail is being awakened or restarted. You never have to close an app. There's really no way to do this in Windows without a huge performance hit and/or a huge amount of re-engineering that isn't going to happen. Plus cloud-centric computing is already built into Android, and now into IOS as well (the biggest part of the iPhone 4S announcement).

Another part of the appeal of Android and IOS is the ability to easily merge disparate sources into one UI component; e.g., a widget that merges phone (Google) contacts, Facebook contacts, Twitter contacts, etc. Windows 8 is an attempt to do this on the PC, but since it fails to solve the app-centric paradigm issue, I don't think it's going to be all that successful -- Windows users have too much invested in current apps and how they work. What I think Microsoft really needs is a new cloud-centric desktop OS (like Chrome), but the Windows 8 Preview isn't even half that loaf. Microsoft may now get it, but apparently lacks the courage to do it.
Posted by John Navas at 8:06 AM No comments: 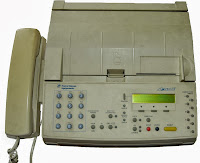 Despite the explosive shift to digital communications, there can still sometimes be a need for old-style analog facsimile (fax), but thanks to the Internet it's no longer necessary to have a fax machine and fax phone line.
The principal drawback to Internet fax can be cost, in that many Internet fax services are monthly subscription plans, but if your needs are modest, here's how to do fax over the Internet on the cheap (best deals as of this writing):

Email ThisBlogThis!Share to TwitterShare to FacebookShare to Pinterest
Labels: Best Products, How To, Internet 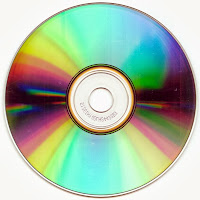 When you have trouble playing or reading an optical disc, CD, DVD, or BD (Blu-ray Disc), the first thing to do is clean the disc. There's no need for fancy cleaners – just hand wash the disc with mild dish soap (nothing abrasive), rinse thoroughly, and dry with soft cloth (not paper towel, which can scratch).

If that doesn't do the trick, then the disc may be scratched, which interferes with the optical laser pickup. Expensive kits are available to fix scratches in optical discs, but what can do the job more cheaply in many cases is simple furniture polish (e.g., Pledge™). Spray on generously; polish thoroughly with soft absorbent cloth; and make sure it's completely dry before trying to play or read it.

If that doesn't work, then commercial polishing using abrasives, like the TAP Plastics Novus system, may be needed.
Posted by John Navas at 3:42 PM No comments:

Email ThisBlogThis!Share to TwitterShare to FacebookShare to Pinterest
Labels: How To 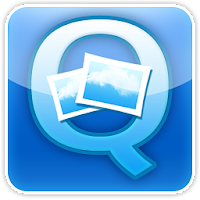 Latest addition to my list of Favorite Android Apps is QuickPic, a replacement for the stock Gallery app for image (picture) viewing that's much more elegant, efficient, and fast!
Posted by John Navas at 8:13 AM 2 comments: 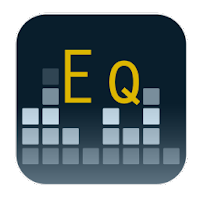 Latest addition to my list of Favorite Android Apps is Equalizer, a great tool for adjusting sound frequencies and effects on Gingerbread (version 2.3) and later versions of Android.
Posted by John Navas at 11:06 AM No comments:

Netbook computers are a great idea – portables with good battery life and real keyboards that are less expensive, smaller and lighter than typical notebook/laptop computers, but up to now they have been flawed by poor performance (processor and graphics), small low-resolution glossy screens that are hard to read in bad lighting, poor keyboards, limited RAM memory, and lackluster design. It's no wonder that tablets like the Apple iPad have been giving them a run for their money. But now that's changing thanks to a new breed of netbooks powered by AMD Fusion APUs, which feature CPU and GPU on a single chip resulting in good performance with relatively low power consumption (good battery life).

The best of these new netbooks is the Lenovo ThinkPad X120e (awarded Best Affordable Business Ultraportable at CES 2011):
Look for sales on the Lenovo website to bring the total price under $500 with free shipping. (Through May 26, 2011, a fully loaded configuration can be had for only $428 here, no Visa card needed, just apply displayed coupon at checkout.)

MY OWN REVIEW (based on 2 hours of intensive use of a ThinkPad X120e with 1GB RAM, should be faster with 2-4GB RAM)
DISAPPOINTMENTS
UPDATE: The X120e is being replaced by the X121e, which may make the X120e more affordable until supplies are gone.

How To Restore Google Chrome

Google Chrome is an excellent Web browser, fast and secure, but you might get the error message: "Your preferences file is corrupt or invalid. Google Chrome is unable to recover your settings." This unfortunate bug can normally be fixed with Windows Vista or Windows 7 using the following procedure: 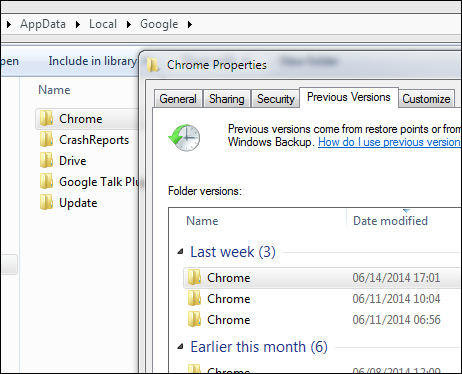 Email ThisBlogThis!Share to TwitterShare to FacebookShare to Pinterest
Labels: Chrome, How To

Android apps I use and recommend (with links to Android Market):

So which Android smartphone do I use?
Nexus S, pure Android, best smartphone for my needs. 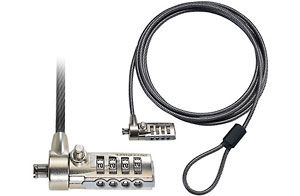 Leave your laptop/notebook/netbook computer unattended and you may well become a victim of "grab and run", the most common kind of computer theft, which can happen even when you are using it. Portable computers are a tempting target for thieves because they are so easily fenced.

To prevent this kind of theft, pretty much all portable computers have a Kensington Security Slot, a small reinforced hole for a locking mechanism that looks somewhat like but a bit smaller than a USB slot.

A variety of computer locks are available ranging from complete junk to complete overkill. A good balance of function, security, and convenience is the Targus DEFCON CL PA410U, which features a 4-digit combination lock (no key to lose) that you can set to the combination of your choice. (It won't stop a determined thief with heavy bolt cutters, but pretty much nothing will.) Find a good price with Google Shopper.

IMPORTANT UPDATE: Due to serious deficiencies, I now rate the Targus DEFCON CL PA410U unacceptable -- see A Tale of Two Locks.
Posted by John Navas at 9:47 AM No comments:

Knots Every Sailor Should Know

These eight knots will cover 99% of your marine knot needs.
[click links to more information and instructions on how to tie]

Sheet Bend is deliberately omitted because it's weak and unreliable.
Two Alpine Butterflys tied together or two bowlines tied to each other (Bowline Bend) are better alternatives, or for ropes of roughly similar thickness the Alpine Butterfly Bend.

Email ThisBlogThis!Share to TwitterShare to FacebookShare to Pinterest
Labels: How To, Sailing

When our 14-foot carbon fiber spinnaker pole snapped (due to excessive lateral loading) and we were confronted with a very expensive dilemma (a thousand dollars for repair by professional riggers or thousands of dollars for a new pole), we managed to repair our pole ourselves, quickly and much less expensively, by means of a repair tube custom built for us by Jeffery Kent of Composite Solutions Inc, who: 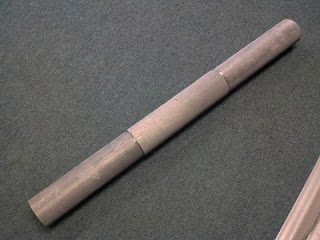 We bonded the two pieces of our broken pole with epoxy to the machined ends of the custom repair tube, and the resulting repaired pole both looks and works great. (To complete the repair we will wrap the repaired area and clear coat to protect it.)

Highly recommended.
Posted by John Navas at 12:42 PM No comments:

To take a sailing lesson come to the clubhouse at 1:00 PM. Lessons are taught on a first-come, first-served basis by qualified fellow Cal Sailing members.

You don’t need any gear whatsoever. We have loaner gear for everything you need…. everything from the boat to life jackets to sailing bibs to foul weather jackets – even wetsuits if you would like to get really wet. All of these are available in a variety of sizes for you to borrow while sailing.


What Can you Learn at This Sailing Lesson? A Cal Sailing beginning sailing lesson typically provides an hour and a half on the water with one instructor and up to four students in a 15′ dinghy sailboat.

Students rig the boats (put them in the water and raise the sails). On the water, each student gets about twenty minutes at the helm (driving the boat) to practice steering, adjusting the mainsail, coming about and jibing, man overboard drill (picking up a float from the water), hiking out (using your weight to balance the sails’ force), docking, and other maneuvers. When not at the helm, the other students practice keeping watch and applying right of way rules, adjusting the jib (front sail), hiking out, and identifying wind direction and point of sail (angle of boat relative to wind). Students who pass the written, rigging, and sailing test (and contribute 2 hrs extra work) get the Junior Skipper rating that allows them to practice and take out friends and family in club boats.

Email ThisBlogThis!Share to TwitterShare to FacebookShare to Pinterest
Labels: Sailing

If you have an Android smartphone, these are the sailing/racing apps I use and recommend:

Also useful (when you have a data connection) are these mobile websites:
So which Android smartphone do I use?
Nexus S, pure Android, best smartphone for my needs.