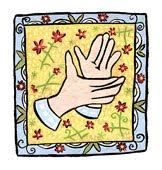 UPDATE (December 13, 2010): A federal judge in Virginia has ruled the insurance mandate (one of my reservations) to be unconstitutional. If upheld, this will probably wipe out the insurance reforms, further calling into question this particular exercise. I still applaud the effort, but now think it was probably the wrong idea at the wrong time. The top priorities should have been economic recovery and jobs (and the home mortgage mess).
Posted by John Navas at 11:07 AM No comments:

The best LED flashlight/headlamp I've found for boating at night is the Photon Freedom Fusion. Click the link and scroll down for full information. Notably:
UPDATE: I've now learned that red color doesn't really preserve night vision -- what matters is (low) light intensity, not color (see Night Vision, The Red Myth), but the Photon Freedom Fusion (White) is still a good choice, because it's fully dimmable.

Your Own Logo Gear in Your Own Storefront 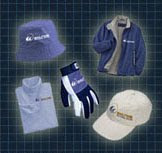 It's cool to have logo gear (hats, shirts, etc) for a boat you cruise or race on, and it's even cooler when the crew gear matches.

You can of course order custom logo gear from a wide variety of suppliers, but that usually means the hassle and expense of ordering in quantity.

A good way to avoid such hassles is to use a supplier that makes it possible for you to have your own "storefront". Some will even host your storefront for free, with no order minimums. Once you've designed your logo (for which there is typically a reasonable setup charge), your crew can order what they want without having to design or coordinate orders.

Posted by John Navas at 5:52 PM No comments: