The ability to beam video to a HDTV screen without wires has been promised for quite some time, but the product methods on offer (DLNA, Miracast, Wi-Fi Direct) have proved to be disappointing, complex and/or problematic. Two current examples:

With mighty Google behind it, inexpensive Chromecast would seem a sure winner. But right out of the box it can be problematic because it insists on network capabilities (access to Google Public DNS servers) that make it incompatible with some wireless routers. (See Chromecast Router Compatibility) Past that point things can look good at first blush, as when casting the screen of an Android mobile, or streaming YouTube video. But push it a bit harder and warts appear. Local video (from Android mobile or Chrome browser) is limited to 720p and relatively low bit rate by default, with poor quality, and even when pushed to its limits, quality is still only mediocre at best. So if you care about video quality, Chromecast is really just another Internet streaming option.

Many "smart" HDTV sets claim DLNA Player support, which should make it possible to beam video to them over a network connection (wired or wireless), and the ubiquitous Windows Media Player includes DLNA Server support. (See Media Streaming with Windows 7) But try to make it work and you're very likely to run into compatibility problems, since many HDTV sets are very fussy about what video formats they will (and will not) play, and Windows Media Player does not support transcoding between formats. (While there DLNA servers that can transcode on the fly, they can be difficult to set up, and the resulting quality is often mediocre. Your best bet is to use Handbrake to transcode to MPEG-4 in advance.) But even when it works, video quality is noticeably inferior to a wired HDMI connection.

Bottom line: Beaming of HDTV video without wires remains a work in progress. For best quality use a wired HDMI connection.
Posted by John Navas at 9:27 AM No comments: 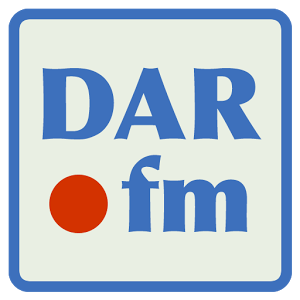 I've previously described how to record Internet radio with a computer using VLC Media Player. (See Record Internet Radio.) This can be invaluable for time shifting programs not available as a podcast.

Recording can also be done without a computer using the DAR.fm Web service.
Recordings are broken up into 15 minute segments. You can play them continuously with a playlist, or by joining (and optionally cutting) them with a tool like mp3DirectCut (freeware for Windows, works without quality loss).

UPDATE (6/2015): DAR.fm prices have greatly increased. The Free account has been eliminated, and the Pro price to record up to 5 shows has more than doubled from $40/year to $90/year. The future of the service is questionable.

To give DAR.fm a try, click this referral link: